I went to WM marine to get flares. They were 18 months old, out of 36 months, and the store manager didn't understand the words "discount." To me, they were 1/3 value, since I will get only one season from them. Most often I get only two season out of flares because they are seldom "fresh" when bought.

I'm thinking of just getting the Orion e-flare. Yes, visibility is less, but realistically, with cell phones and VHF, the odds of a primarily day sailor like me using a flare are between zero and none. I've lit old ones for practice, but I've never even seen one on the water. On the other hand, the odds of me being stopped by the Maryland DNR for a safety check are about once every 3-4 years, most often when they are checking fishing permits and catch. 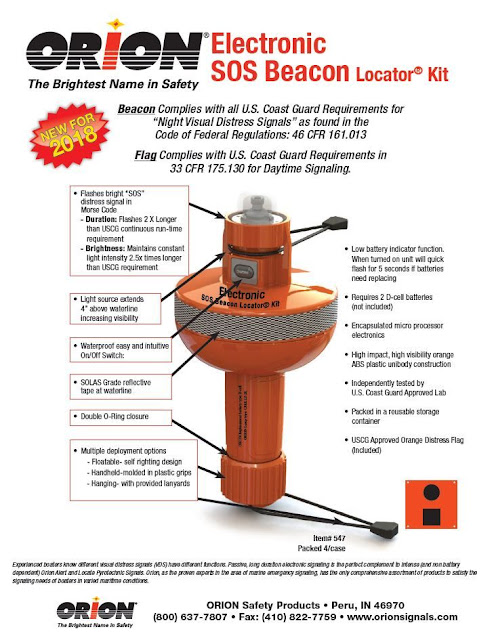 Not to put to fine a point on it, I really don't care if it works as well as a flare. I don't wear PDFs most days either. And I'll probably carry some old flares anyway. I've lit them in the past, for practice, and never had a failure, up to 12 years.