The great myth of boat ownership--other than believing that everything takes 3 times as long and costs 4 times as much as you expect--is that mildew is ubiquitous. No matter how leak tight, no matter how well maintained it is always there. Well, I disagree wholeheartedly, and I challenge anyone to find any in my cabin. How have I dodged this scourge?

First, keep the boat leak-tight. That means no water in the bilge and no leaks around deck hardware. Not that hard if you mount things right. Strong enough so they don't move, bedded with polyurethane caulk or butyl rubber.

Second, if there is a leak that starts some growth, treat it right. In fact, I've learned far more at home, cleaning a basement that has fallen victim to occasional flooding, than around boats. The key is a cleaner with the following characteristics:

You could troop down to Home Depot and pay many dollars per gallon for pennies worth of chemical in a bottle. Plastic, shipping, mark-up and and paying for know how all cost. Of you could simply brew up something proven to be more effective.

Unlike bleach, both of these formulas require some scrubbing. Some pre-soak time helps, killing the organisms and loosening the bonds. After that, a little elbow grease. If you need to rinse, remember to re-treat to provide protection from re-infection.


Concrobium is a top performer in many independent tests.It is also dead simple, easily formulated from stuff you can get at stores you already go to.

DIY Concrobium knock-off formula
This works better than all of the commercial formulas on natural fibers and 90% of the commercial formulas on synthetics (there are a few specialty formulas based in silicone quatrenary amines that are more effective on synthetics). But in head-to-head testing using canvas strips in special mildew chambers and on old PFDs I treated in strips and then left under a backyard shed, the clear winner was always a borax-based cleaner of my own formulation. Again, the key is to maintain the correct concentrations, don't add any detergent, which will only become mildew food, and then leave the final rinse of this treatment to dry in place. For most cleaning, all the is required is to spray the area until wet, scrub vigorously, and wipe off the excess. 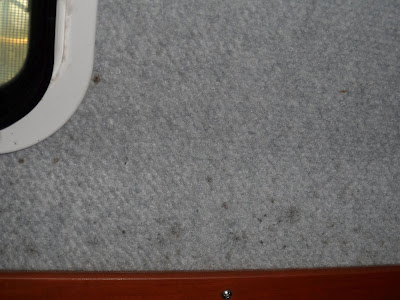 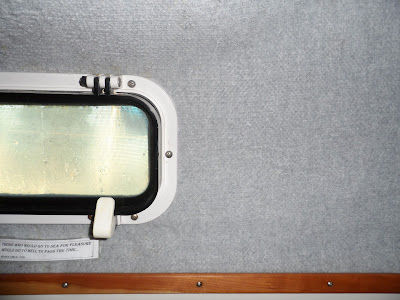 This has been a lifesaver on wet basement carpets. Last time we had a flood I had injured my back and was unable to get the carpet cleaner out for several weeks. It had begun to reek of mildew. However, going over the carpet with this borax formula, once as a cleaner, and then a second time as a rinse, not only removed most of the mud and mildew, but also killed the smell and prevented all growth, even though the carpet stayed wet for a few more days. The stuff is a miracle.

BTW, it is also very effective for cleaning mildewed drywall before painting. The mildew will be killed, it will not return, and the residue will not affect paint adhesion.

Why is not sold in the stores? One reason is that claiming it kills mildew would require registering it as a pesticide. So long as common chemicals like borax are sold as generic they are exempt, but the moment you formulate and make claims, the regulatory status changes.

But the real answer is that I don't know. I can only assume that the sellers of cleaning agents believe folks will buy a bleach based quick-clean product, but can't understand the benefits of prevention. They may be right. But I think sailors can understand.

So this is my gift to you for the holiday season. The most effective anti-mildew cleaner avialabe for pennies. Enjoy.

Merry Christmas!
Posted by Drew Frye at 12:50 AM