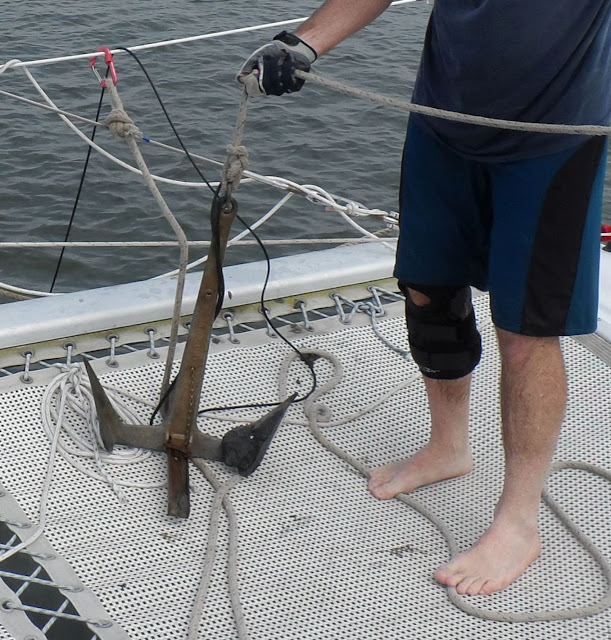 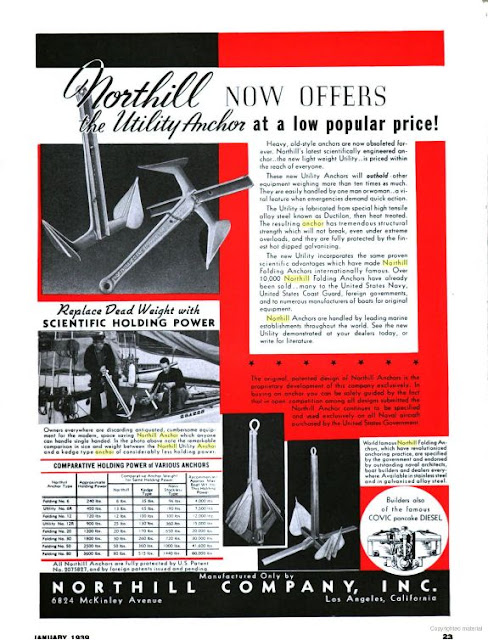 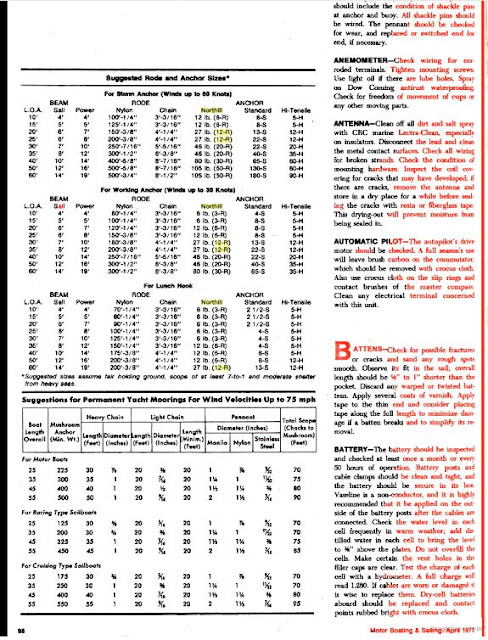 The Tradition of Tandem Anchors

I have never liked tandem anchors, because with a change in direction, the lead anchor always rolls out and becomes pinned on its back, a position from which it often cannot recover. All of the manufacturers, other than Rocna, agree. So how did the idea become popularized?


Some time ago I was reading a 1930s sailing book, pre-CQR and pre-Danforth, and they showed a tandem anchor set up. They liked it for mud, not rocks. And their reasoning made perfect sense for the time, because...

So in-line tandems were traditionally used with fisherman's- or yachtsman's-style anchors... but are wrong with today's less symmetrical anchors.
I wonder if it would work with twin Northills? I'm temped to get another one, just to see. I'll have to watch E-Bay, just because I like to expereiment. 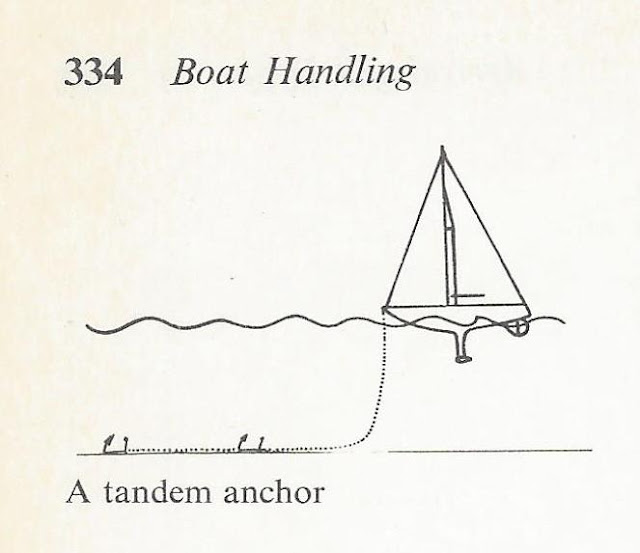 Note 3-2020. I did test this with a Northill. As per other trials, the secondary buried and the Northill was suspended above the bottom. Useless. As with all in-line tandems, it probably works on hardpan.
Posted by Drew Frye at 10:49 AM No comments:

Why does the World Sailing Off-Shore Rule Forbid Wider Pulpits?

It can be awfully skinny at the bow. The obvious solution is to set the railings outside, a little wider: 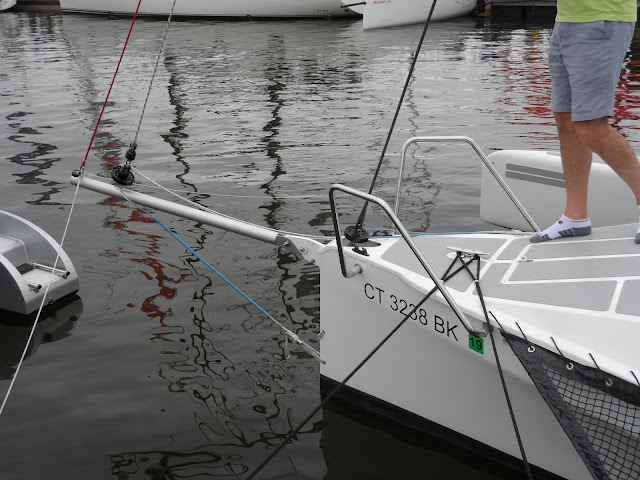 I would like to see a beefy toe rail with this arrangement, required by the Off-Shore Rule. The rule also requires a mid-rail. Net is not required, but it would finish the job. 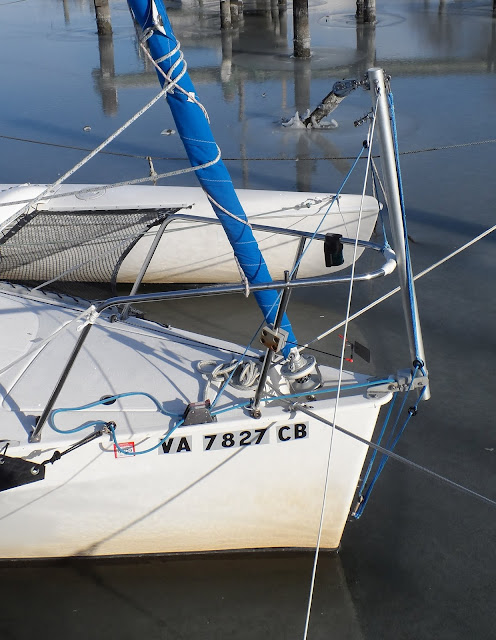 The front curve is handy for suporting the bowsprit when foldedI like that the F-24 has a place to attach a safety line at the back corner. It reduces sail snagging and guards a gap.

But the Off-Shore Rule is rather specific:

Not only does this make for a safer work area, it avoids jib impingement. 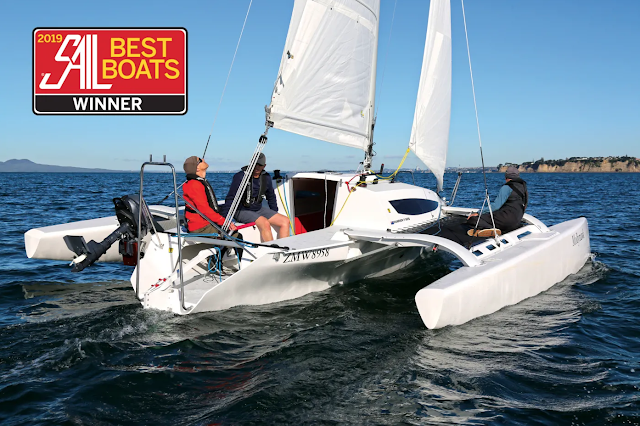 I'm confused. It seems like a good idea to me. I understand why this would be important farther aft, since rail meat would be sitting farther aft. but that is a different matter and easily excluded, if that is the intention.
Posted by Drew Frye at 3:38 PM No comments:

On the other hand, I love my Farrier. I bet my dollar-to-grin ratio is higher. It better be, since I don't have the dollars.