I've never really liked the self tacking jib on the PDQ 32.
While paddling around the harbor in Deale I saw this: 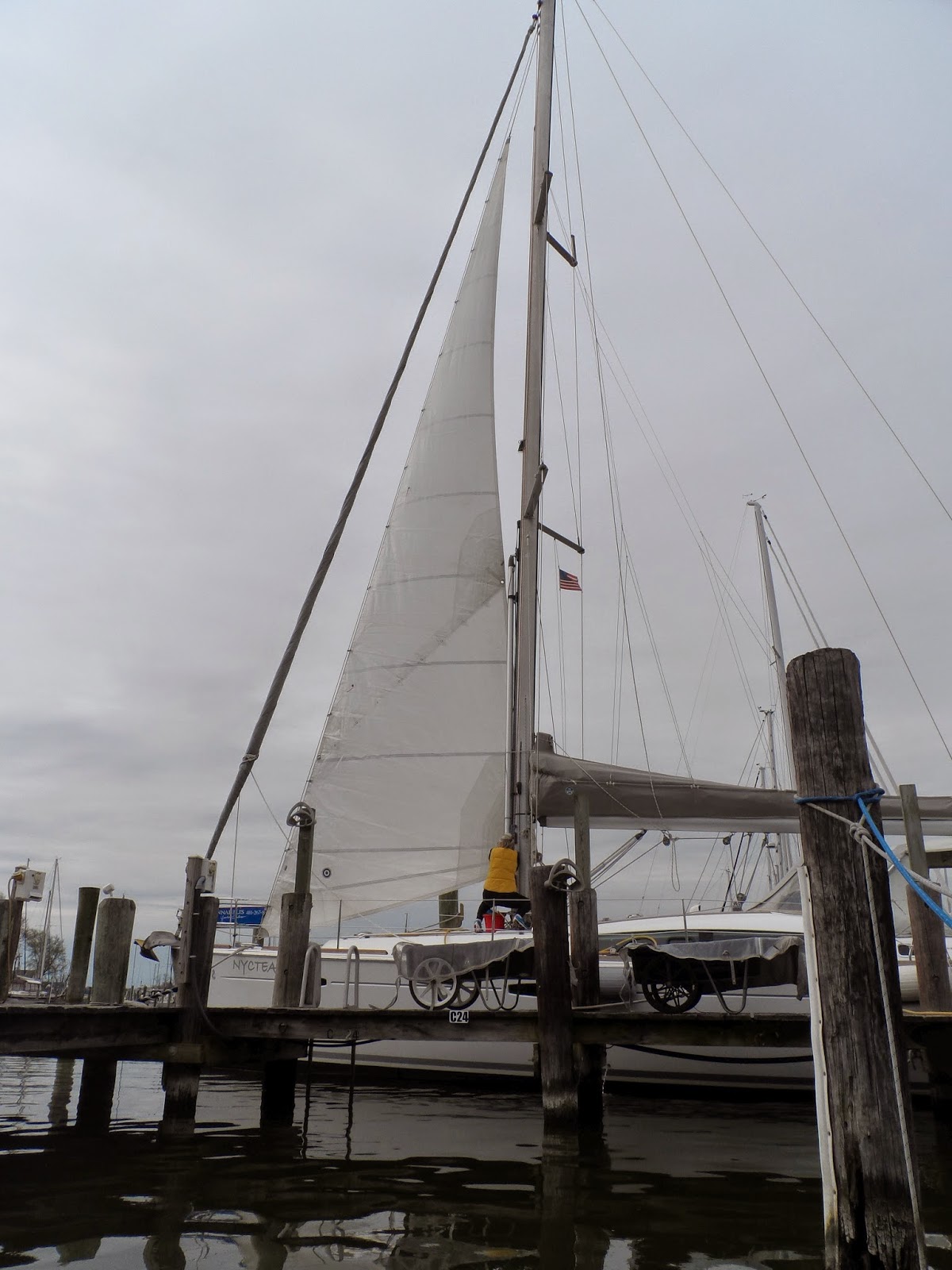 It is not a simple matter of adding reinforcement, reefing eyes, and a clew ring; this sail is much flatter. I also wonder that the big roll of reefed fabric won't ruin the airflow off the bottom, though the problem will be less if the foot adjustment is less. In my case, I probably would not change the hoist, as in this example, since I can still roll it up, but simply add a clew ring that would allow me to use my existing inside genoa leads.

And since I would rather not have to lower the sail to reef it... how in the heck do you tie up the bunt and attach the sheets? On the other hand, the clew should be about the same height as my genoa when rolled up just short of the mast, and I can just reach it from the cabin top. Certainly a short pendant would make it work.

Something to ponder. A simple project that would be synergistic with the 3rd reef in my main, the inside tracks, and longer transoms, improving strong wind weatherliness. A DIY project? I've designed and sewn sails before. Hmm...