About 4 years ago a section of deck was pealed to replace core damamge. The PO had lost control of the mast when lowering, ripping the hinge out of the deck and allowing water to get in the core. The problem is, the knucklehead that removed the deck made a transverse cut RIGHT in front of the mast, weakening the deck support for the mast. Stupid. He replace the skin, but he didn't scarf the joint well and it just sheared like scissors. Poor seam placement. I run into this on steel tank repair all the time. 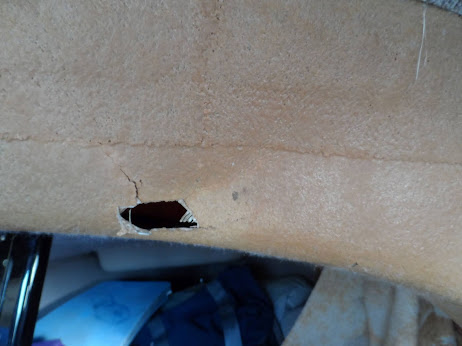 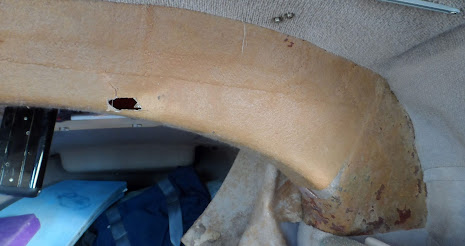 The inside beam held the mast for 4 years, but today the web buckled. It is not cored. The flange (bottom is solid glass and is undammaged, but the web is only ~ about 12 ounces of glass cloth, which seems totally insufficient for the load. A porta-john is built stronger.

Fortunatly, it is not cored, so I believe if I get the weight off it, reinforce the damaged area, and they reinforce the entire beam with a double wrap of 17 oz. biax and add some uni on the bottom it should be far stronger than new.

I suspect the factory skimped. I've seen this in Corsairs before. It's why Ian left.

It's supposed to pass 60F next week. I won't know how to dress. Time for some fast sailing.

I don't have many pictures in the high teens--I guess I'm busy! 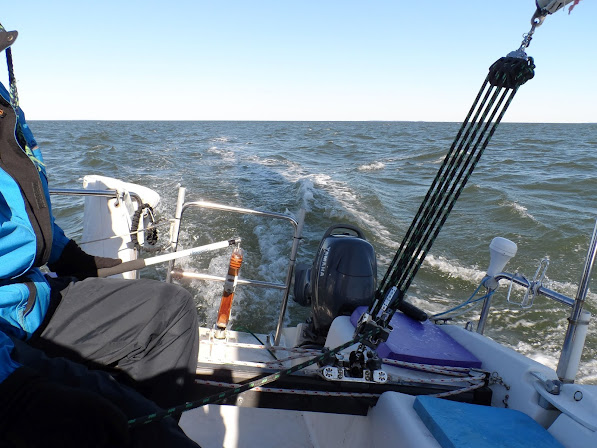