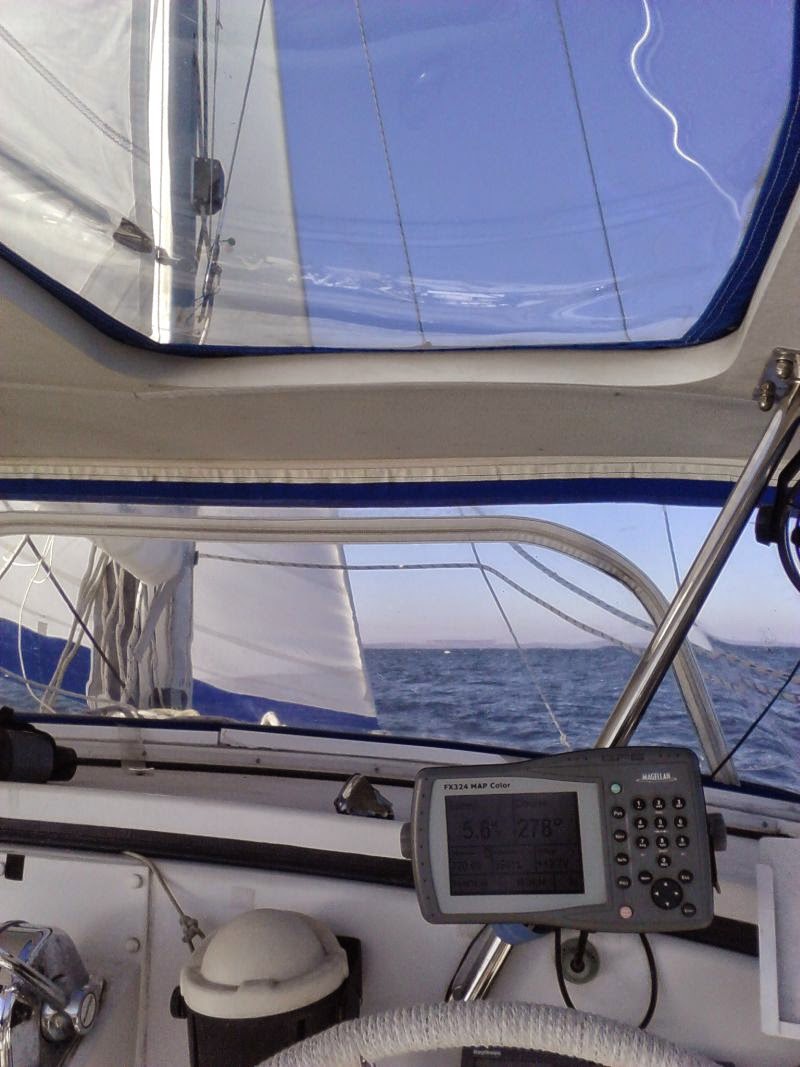 I was bored and the wind went light. The day before I had done hours blasting into 20 knots with 45F air temperatures; a hard dodger is the difference between a pleasant day in a sun room and frostbite on the nose. Oh, it's still plenty cold on deck!

(Fall is wonderfull on the Bay; wind, empty waters, and quiet coves. But it can put a premium on warm clothes, dodgers, and cabin heaters. But a cozy night with a movie, hot tea, and lots of blankets beats sweating it out.)

Dyneema has generated a lot of interest as a lifeline material; light, easy to fit, and comfortable to the hand. There are issues with chafe at stanchions (solved by polishing and sometimes chafe guards), but never the less, it was approved by ISAF 2 years ago. 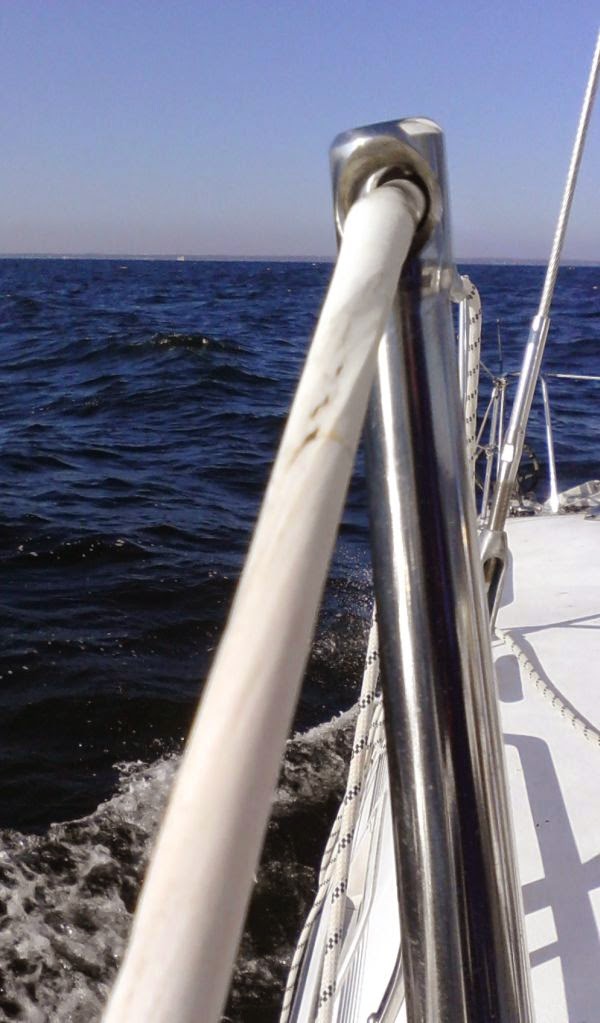 But now ISAF is reversing course. There have been chafe failures due to rail meat and poor installation. They could stand that, I suppose, except it keep happening. Sometimes it is installation stupidity. Sometimes delivery crews switch to wire (more trust) and screw up previously polished holes, leading to failures. Ironic.

More concerning are cases of burn through, where the friction of a line, typically a spinnaker sheet on a large yacht (the only documented cases have been on maxis), generates enough friction to cut through a line in a single bad jibe. This can't happen on a small yacht (forces and lengths too small), but certainly it can be a source of wear, depending on the rigging locations. Many have been happy with Dyneema. Never the less, ISAF is now allowing Dyneema on class 1 and 2, but requiring wire on all higher classes. They are hoping to generate experience before revisiting the issue.

Judging from the burns on my PVC covers, this is a problem in need of a solution, at least on my boat.
Posted by Drew Frye at 8:27 PM No comments: