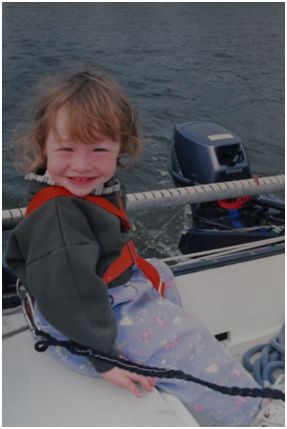 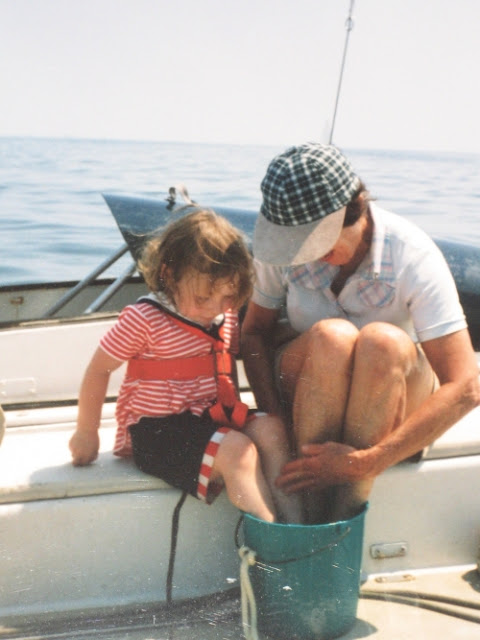 On our first trip (of many) around the Delmarva. 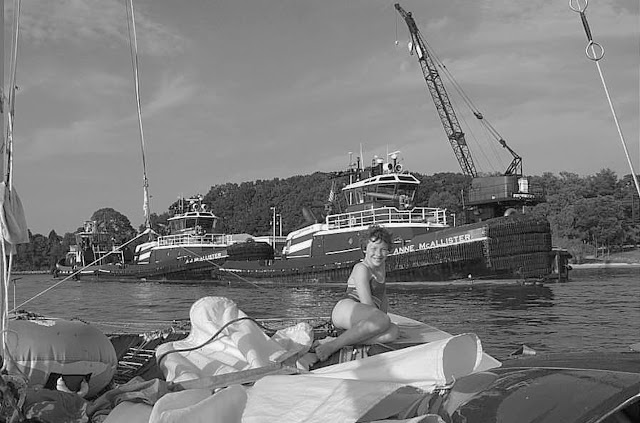 Her first big fish. It almost pulled her off the boat! 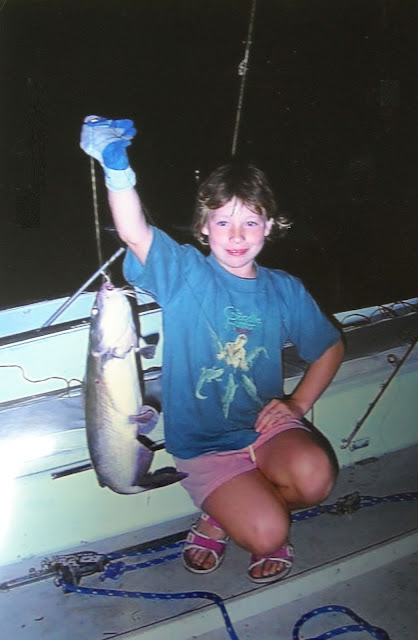 She's got her permit now, and she's serious about it. 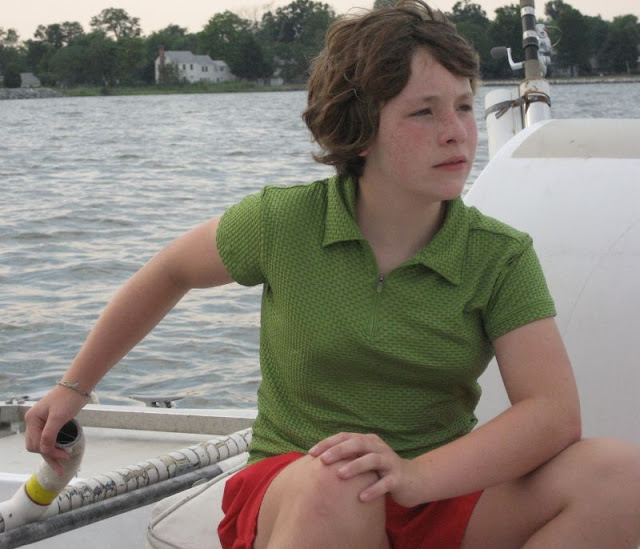 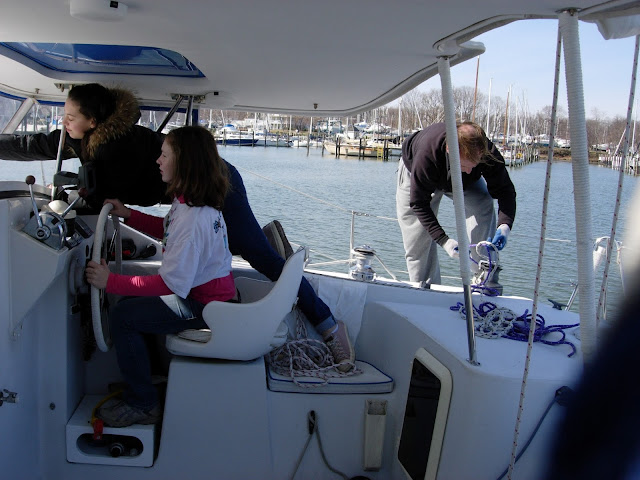 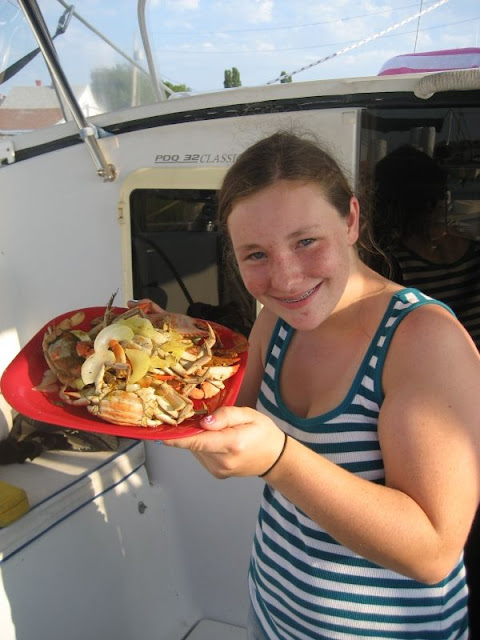 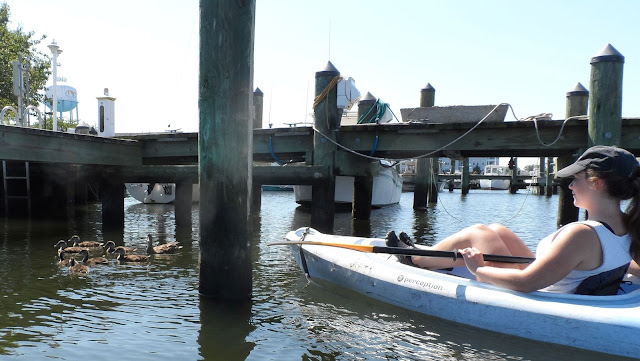 Historically, Russia represented about 0.2% of my page views. Reasonable enough. More that 95% of the trafic came from the US and UK (England, New Zealand, Australia, and Canada), with a smattering from Europe. Makes sense. These are the people that sail and who speak English.

Starting during the last election, and continuing today, though slightly less dramatic, 10-60% of the traffic comes from Russia. None of this represents sailors or actual viewers. Probing eyes? I can't imagine why. Intentional swamping of data lines? Probably. Sponsored by the Russian government? That seems certain, give the scope and level of control. I must assume this ratio of junk traffic is uniform across the net.

And Putin wonders why relations remain frosty? Does Trump yet fully accept, in his heart, that these people don't use the same rule book we do? Perhaps he is coming to that conclusion, though why it was not school-boy obvious last year I can't guess. 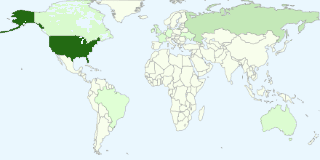 It's not smart to advertise links to sites that could siphon readers and dollars away, but sometimes you run across a page that simply must be shared. Though I have never met John, I have exchange considerable correspondence and consider him a friend, for the good character and free exchange of ideas he has shared. His site (https://www.morganscloud.com), complete with on-line e-books, is a treasure.

Do I agree with him on everything. Heck no. I don't agree with myself all of the time. I have more of a coastal and multihull perspective, and he has an off-shore perspective. But John displays rare combination of open mindedness and traditional, conservative seamanship that is extremely refreshing. I respect his opinions, always.
Posted by Drew Frye at 5:08 PM No comments:

Coal is Not Coming Back

This is NOT me getting political. This is simply a list of observations on how Appalachia has been bamboozled.

They allowed themselves to be distracted by glitter and words they wanted to hear, but that just couldn't be true.Times change, they always have, and it's a little cruel.

I'm not even sayin' whether this is good or bad, it's just what the facts reflect. You don't put the genie back in the bottle. Historically, can't ignore the bloody shirt, and there is a case against coal that goes far beyond global warming.

Life consists of many part and moods; when my thoughts drift to what is important, I think of Lin Yutang and The Importance of Living. It belongs in the library of any philosopher, and no sailor, climber, or person wanting to milk the full value from life can not be a philosopher. From a chapter on happiness, adapted to my experience (inspiration from Chin Shengt'an):

My Seven Happy Moments. There have been more, and will be to come, but these few thoughts step forward today:

The kids, armored against jelly fish. Sometimes I write solely to practice putting words on paper in a thoughtful way. Unfortunately, I don't have a philosophy sufficiently considered to express at length. Whenever I examine it closely, it flits away, unwilling to pinned down or well understood. Faulkner said that "free time only exists when not measured" (The Sound and the Fury), and so perhaps philosophy can only be fresh and thus worthwhile so long as it is unexamined, not ruined by anything more than a furtive glance in its general direction. Maybe it's simpler than all that. We should just be happy.
Posted by Drew Frye at 6:22 PM 1 comment:

A Euro paddle blade is leaf-shaped, nearly half as long is it is long. Or rather that is what we have come to accept as normal and 21st century. It is superior for whitewater kayaking and racing, where it provides a positive, even harsh grab on the water.

But over the years I've run into folks using Greenland paddles with their sea kayaks.  Though the urban legend is that they were long and slim because that is the only thing they could make from drift wood, when you consider the craftsmanship that goes into a skin-over-frame kayak, that sounds like lame reasoning; these people could craft anything from a few bits of wood and sinew, and in fact, they used broad paddles in other craft. They developed what we now call the Greenland paddle because it has some unique advantages.

The length is about the same--a little less than 8 feet. The blade in only 1/2 the width of a Euro paddle, but the length of the blade is over double, resulting in greater projected area. Because it is not scooped like the Euro paddle, the catch is much softer, and it does not generate as much instantaneous power. However, because it has a higher aspect ratio, it actually creates greater lift once the stroke is underway.
It was "1" and "6" that caught me attention. Although it does not provide the same acceleration, it is faster through the water over the long haul, easier on the body, and significantly lighter. I'm still not used to the look, but it is more efficient over a long day.

Downsides? A few, but they are minor.

Feather. Most sea kayakers adopt a feathered paddle after some experience. By angling the blades about 60 degrees relative to each other, even when the arms cross between stokes, the wrists remain in a neutral plain, never flexing. The key is to pick a control hand that grips the paddle, and to let the shaft rotate in the other hand during the cross over. The non-control hand need never grip the shaft tightly. Gloves help.

Whitewater paddlers often use an non-feathered paddle--it can be problematic to keep track of the twist angle when paddling rapidly or throwing out a quick brace stroke. I use zero feather in technical whitewater.

Greenland paddles are typically not feathered, because a more shallow stroke is used, minimizing wrist flex, and by tradition. Many paddlers find an non-feathered paddle easier to roll, because similar to the whitewater case, they don't have to remember the feather angle. However, I have wrist problems and really like feather, although less than the traditional 60 degrees used with Euro paddles. My Greenland paddle is feathered only 30 degrees.


It's  little ugly, but by using aluminum tubing in the center I dropped the weight to about 65% of a common paddle and gave it 30 degree feather.  I am wondering if less or even no feather might be best for Greenland paddles. It may be a matter of learning a new stroke. 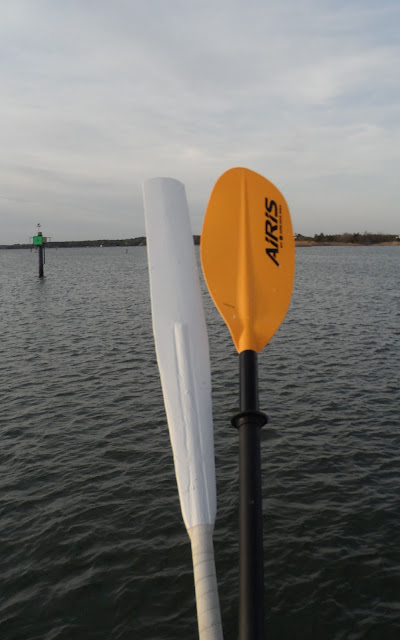 Where can you get a Greenland paddle? First, make you own. There are many on-line sites with instructions, and if you are handy in the wood shop, a basic paddle won't take much over an hour or cost more than $5 to make. You can buy them, of course, but artwork and craftsmanship cost money.

If you want adjustable feather or a Greenland paddle that can be broken down for storage, Duckworks sells carbon fiber ferrules for ~ $25. This also makes it possible to create feather. Duckworks offers two ferrule options:
Additional holes (you drill em') can create custom feather angles.


This is the elegant way to do it [details on Duckworks]. Add a slightly longer center section and 30 degrees of feather, and this is my dream paddle! 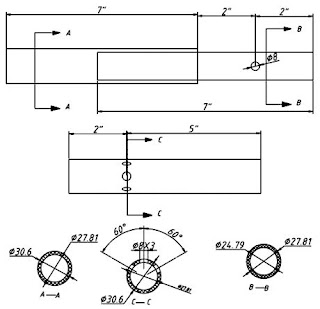