This appeared this spring in Herring Bay (north side--the Deale breakwater is just visible behind the boat's bow). I guess this guy was salvaging a few parts. 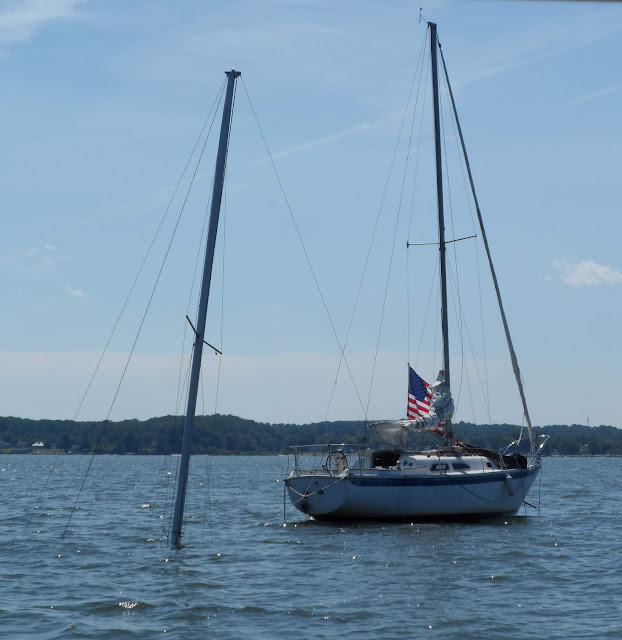 It isn't in a channel and is in a portion of the bay that few sail, so I imagine it will be there forever. Probably uninsured and certainly without a responsible owner (or rather, with an irresponsible owner). At least for now we can see it, but someday the mast will fall off or someone will salvage it, making it a hazard to navigation.

But they can't keep up. They started in 1987 and have sort of given up the fight. The stuff grows FAST. The hydrilla does have benefits; the fish like it and it is good for water quality, but it also has the downside of any invasive species. 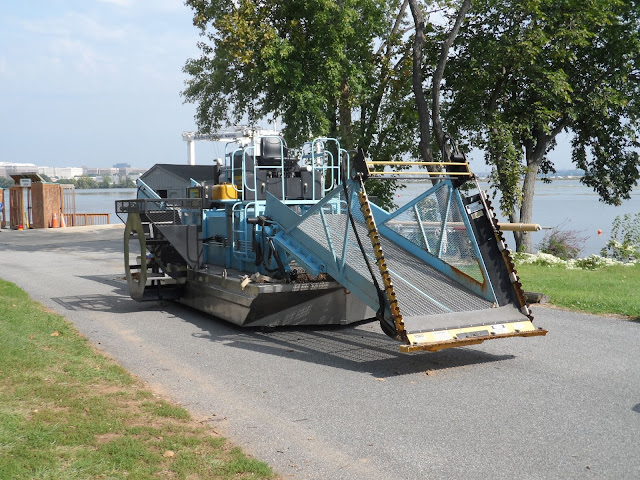 A year ago I began researching the use of paint for UV protection on roller furling jibs.

I started with test panels on the roof. House paint samples failed right away, either chipping or pealing in strips. But special purpose paints, compounds either for sails or cloth, generally held up pretty well.

Last week my primary jib basically died, with multiple (4) tears through the Kevlar leach. The only thing that kept it from spliting right across was the Sunbrella cover and strong repairs just forward. The foot also developed multiple smaller tears the same day. It was breezy. 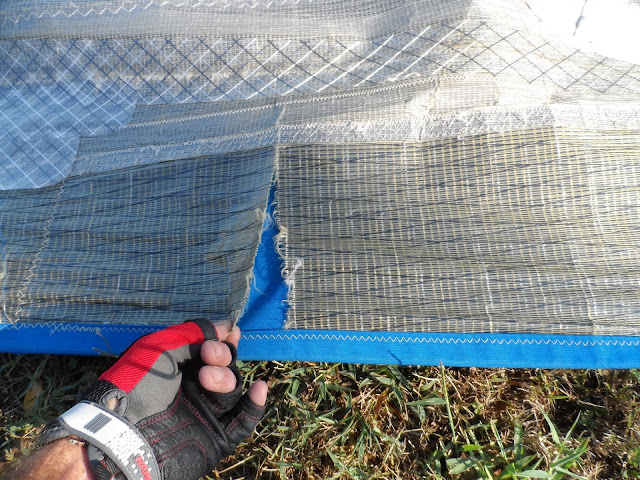 Thus, it was time to install my back-up jib, which has only a failed UV Dacron cover. 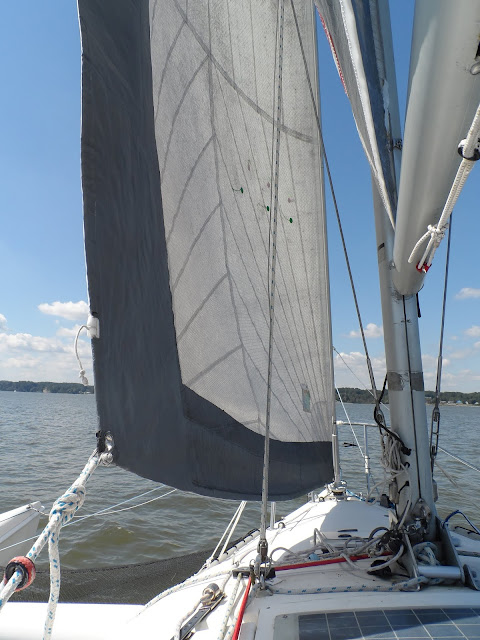 Amazon MDR inflatable paint. Left over from the dinghy. It lasted ~ 5 years on an inflatable, with very little pealing, so why not? I'll report aback in a year or so. Sooner, if it fails... but I don't think it will.

Time will tell. I also have samples of painted cloth burning away on the roof. I'm thinking I'm going to leave them until next Fall, and then make them into flags and drive around for a few days, giving them a severe flutter test.

I'm also going to get some quotes on a new jib. Even if the paint does fine, this one is long in the tooth and I don't trust it. I'm about done with laminates for furlers. It's a bad marriage. I'm going with polyester next time.

I still like a Mylar main. It lives under a cover and does not flog (full battens). Yet both of them (I have two sails of indeterminate age) developed tears along the bolt rope, because the cloth does flex there. Compared to the leach, of course, this is a non-structural area, and is far easier to repair. And unlike polyester, they don't stretch, at all. When it comes to square top sails, that's a big deal.