Attaching Drogues to a Folding Trimaran

According to Don Jordan, the max load on a JSD (Jordan Series Drogue), during that worst survivable hit, is about the displacement of a monohull, and about 150% of a light trimaran, like the folding Farrier and Corsair trimarans. The problem is, the folding mechanism and floats are not designed to withstand that sort of wracking force. I'm pretty sure far less would pull them right off. I'm pretty sure attaching a JSD or parachute sea anchor to the floats is a failure waiting to happen, and most likely, one you would not survive.

However, the akas (beams) are very strong in compression. That is their design basis. Let's think of this as a truss.

One scenario is anchoring the bridle to the winches (applicable to conventional drogues). The max bridle tension is about 50% displacement, or 3x less than a JSD. A turning block is attached to the beam (sling) or float (reinforced point), and the bridle extends aft from that. Chafe should be minimal if the bridle is polyester. The aft load on the akas is minimized. The bridle is adjustable (angle and length). The compression load on the aka is high, but well below the design load. See notes below. 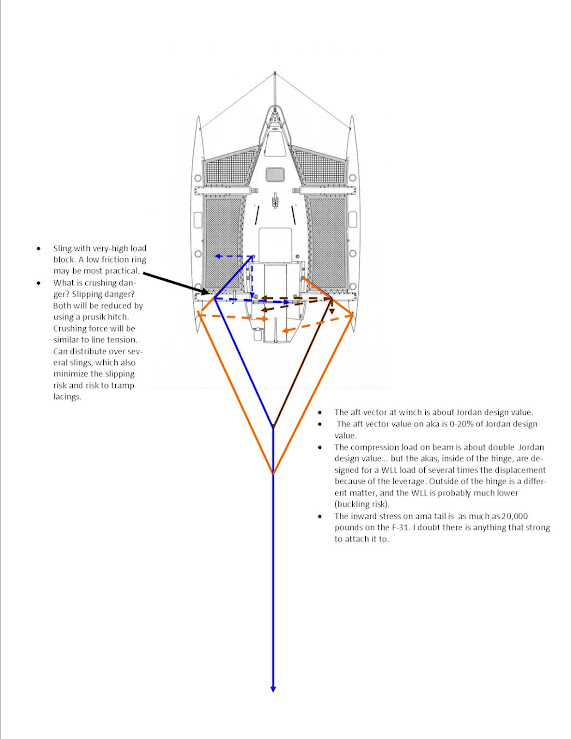 The  other senario is a JSD that is braced forward. It could be above or below the tramp (above is probably more workable). The brace could be separate or it could be a continuous line. The compression load on the aka is larger, but still within limits. See notes below. 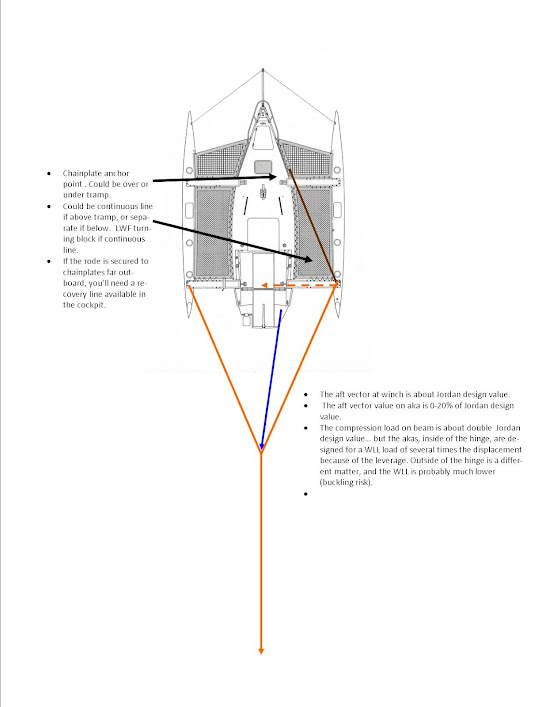 Thoughts? The designer never envisioned these as ocean boats that would use sea anchors, so the engineering is not documented.