Introduction to the New Sail Delmarva

This is not a site for racers. Although I did race performance catamarans in my youth, I've lost the taste of it.


This is not a site for bluewater cruisers. Popular magazines are full of tales of daring-do, circumnavigators, and crossings to the Mediterranean. 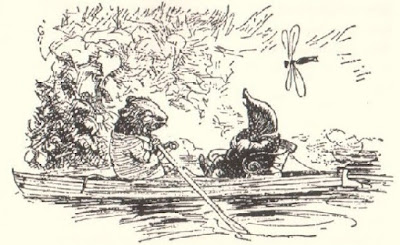 For many of us, the pull is summed up by the powerful quote from The Wind in the Willows; “Believe me, my young friend, there is nothing - absolutely nothing - half so much worth doing as simply messing about in boats.” But that chapter one quotation is often stretched completely out of context, into a moral imperative to ditch all and go to sea. In fact, in chapter 9, the very same innocent water rat, so taken in chapter one with the river and his clinker-built  rowboat, spends a day with a charismatic seafaring rat. Our simple, provincial water rat is so completely mesmerized by the vast and sweeping stories (exaggerated, no doubt) told by the wayfaring rat about his adventures aboard a coastal freighter, and the mysteries of the many ports of call, that immediately upon returning home he begins to plan his own departure to the sea. HE tries to explain his compulsion to his friends but can't find a rational argument. He fights through fits and seizures until, in his own words, he regains his sanity. 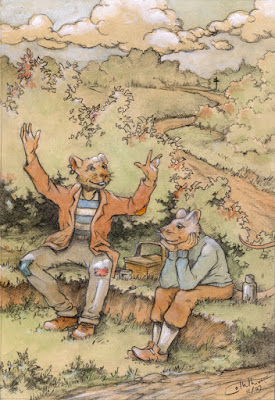 What most of us need is a miniature adventure. It suits the time available. More to the point, it fits our priorities. We have families ashore. We have friends. We have shore-bound interests at least as important and valid. In other words, the myth, yea the fantasy, of casting all aside and following the winds across an ocean isn't something we're avoiding out of cowardice, but rather because it makes no damn sense to us. For heaven sake, we're land animals and we like it that way.

I'm writing for coastal cruisers. I haven't circled the globe, but I have sailed 25,000 miles round and round the Chesapeake and along the Atlantic coast over the past 30 years. Yes, much of this will apply to bluewater sailors; coastal sailors get knocked around right good sometimes to and I believe in strength and safety. Many of us go offshore, now and then. Some will apply to racers; I sail the sailor that does not care about sail trim are going as fast as he can within the limitations of his boat, doesn't really enjoy sailing. As the old saw goes, any two boats going the same direction or racing. Some will apply to daysailors; we are all daysailors. And I hope armchair sailors can enjoy reading along.

But mostly I've accumulated the sort of 15- to 50-mile day sort of experience that you need, navigating shoals, anchoring or docking daily, and returning to my real life after a few days to week afloat. We don't sail gold plated boats we bought from a dealer. We sail 5- to 30-year old boats and we spread our upkeep dollars thin, but without sacrificing function or safety.

I certainly enjoy reading about bluewater adventures, though I have no more desire to cross an ocean than to climb Mount Everest, that coming from an addicted rock and ice climber who simply sees no point risking brain cells from lack of oxygen. The plain truth is, that there are bloody good reasons why coastal sailors outnumber bluewater sailors one thousand to one. For most of us, it's just better.

I'm not a famous racer. I haven't sailed around the world. But I have spent 35 years as a refinery engineer, 30 years as an avid sailor, and of published over 100 articles about marine equipment, how it works, and many topics about the engineering related to sailing. I'm not an authority on how to sail across an ocean or even how to sail particularly fast, but I become an authority on each topic, one at a time, as I research it and dig into it. I learned details I never expected. I find vendors selling snake oil and rubbish to the public, and I debunk them. I know my limitations, but within them, I hope I have earned my place as a trusted source of information.

I plan to add a voluntary subscription button when I get this site built out a bit more. While I love the idea that so much is free on the internet, it's taken many thousands of hours to put this together. It's grown far beyond a hobby. Writing and researching is my living. I think I have as much to share as any shiny magazine, driven by advertising dollars rather than truth. In fact, I've written a few things for that sort publication, but mostly they want stories about blue lagoons and infomercials for the stuff their advertisers sell. They can't profit from the simple truth about what works.


Please comment every time you are tempted. Dialogue builds knowledge, and it helps me know what is interesting and what direction to take this website.