Anchors Are All Related

What could be more different than a 1950s Northill, looking a lot like a traditional fisherman's anchor, and the latest 2010s new generation anchor, the Mantus M1? 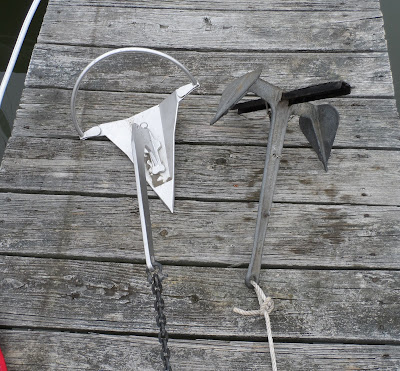 But if we look at them either from the side (ignoring the upper fluke) or from the bottom's eye view... 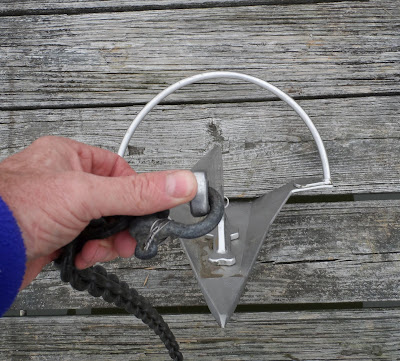 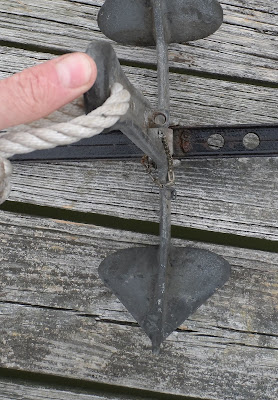 ... the angles aren't that different.

I've been using this Norhill on my F-24 for several years because it is the only non-pivoting fluke anchor that will fit in the shallow well. It has dome downsides:
But it also has some upsides:


No, I wouldn't run out and buy one. I've had this one for 30 years, used it on a number of boats. It has never let me down or dragged, so when I needed a folding anchor I recovered it from the lawn art pile and put it on the boat, where it will stay until someone makes a folding anchor that works.

Yes, there are anchors that knock-down for storage, but a working anchor must be available in seconds in case of engine failure or similar misadventure.

You can analyze these things to death, but the differences are small. Important, but small. 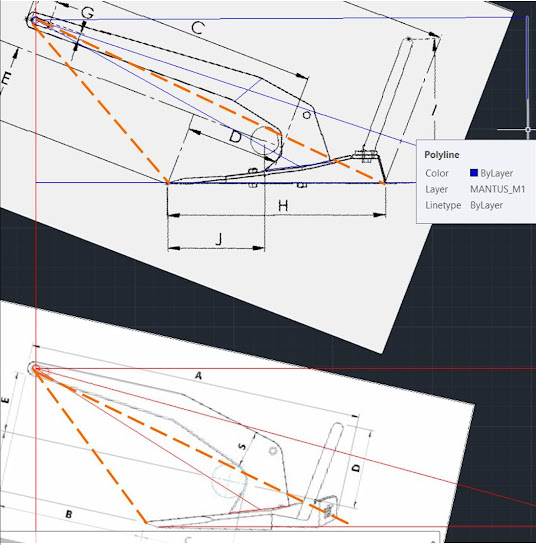