It never fails to amaze me how instrumentation has come down in price. From lab equipment to non-destructive testing instruments, the change is not quite as dramatic as consumer elelctronics, but it's nice.

My pricey circa 1990 anemometer finally caved in, I needed one for an upcoming article on boat ventilation, and I braced myself for the expence. And it was... $25 through Amazon with free delivery. 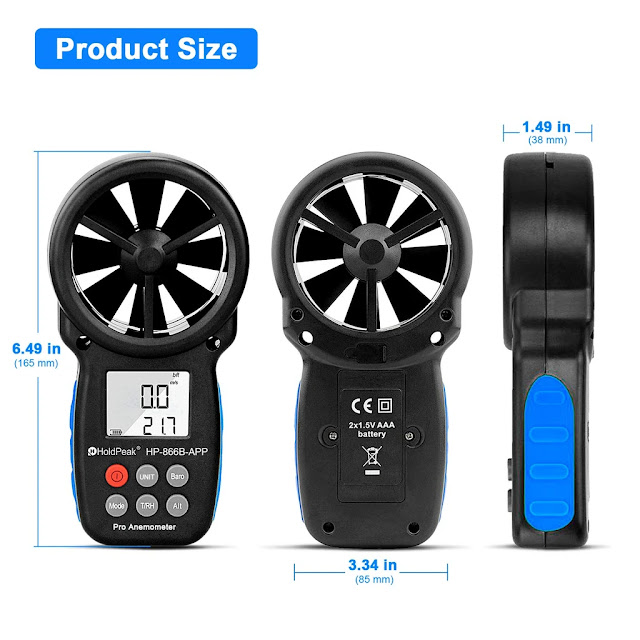 I had to add a few slips of tape to the blades to perfect the balance; out of the box it was a little unstable below ~ 0.4 knots. Properly balanced, it is stable and accurate down to 0.1 knots, which is to say, absolutely amazing for so little money. I swear, it spins when a bug flies by.

As far as sailing goes, it's not a substitute for a masthead instrument. You don't get direction, it doesn't interface with the autopilot, and deck level winds are always influenced by rigging and sails. But I actually wanted it for local readings, and should I want to extend it aloft, it has min and max recording and can be attached to an extension via a 1/4" USS mounting thread.

Already a few new projects have suggested themselves. I wouldn't call it industrial duty, but it works.