The Jawbone and Other Mysteries

There we were, sailing across the Chesapeake in moderate winds when, something small and hard clattered into the cockpit from the masthead. For a moment were were terrified that i must be some critical pin, and that any moment the mast would go over the side. But upon closer inspection, it was a jawbone. 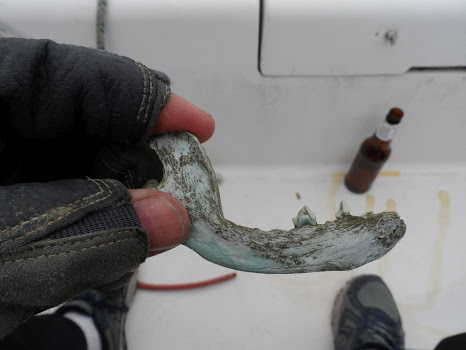 A brief Google search confirmed it was most probably from a raccoon. 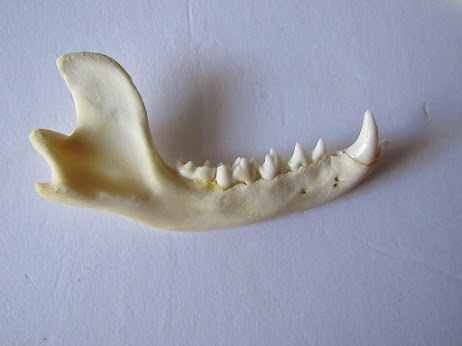 But how did that get up there? I can only assume an owl was responsible, since I clean owl pellets off the deck now and them. Seems more likely than an osprey. 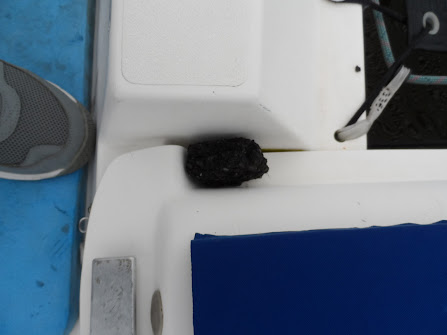 But then what explains this chunk of asphalt, neatly lodged on my aft starboard aka? I doubt a bird carried it. Why would a racoon, and besides, there were no sings of attempted forced entry, which I would  expect if raccoons were about.
It's a puzzlement.