Amsteel and other high-tech lines have made crazy things practical...
... except now that I think about it, none of this is completely new. It's where we started, when the first sailor decided to raise a few sticks and a woven mat above his raft to save paddling home. Clearly, we've improved on those early efforts. First, we used tarred steel, and then stainless steel. Heavier and more expensive, but durable and non-stretch with great abrasion resistance. But we couldn't leave it alone. I'm glad.

One of the biggest trends we've seen in the past 50 years is away from things that can be made to things that must be purchased. Given the steady decline in the basic shop skills of the average sailor and the increase in the complexity of our world, this trend is unstopable. But I try. Many of us try, and that is one of the great attractions of Amsteel; that a DIY sailor can replace purchased rigging services and create something better. I like that too.


Soft Shackles. A cool little invention: the only thing is the idea is about 200 years old on boats, and as old as ropes in general. Every pre-teen girl learned to tie these when braiding friendship bracelets. Every old salt learned to tie a strop with a splice and a turkshead; They are strong, cheap, and won't jam if loaded sharply. I've seen them used to arrest cannon. Rather similar, I think.

Still a good idea today. When made from Amsteel... 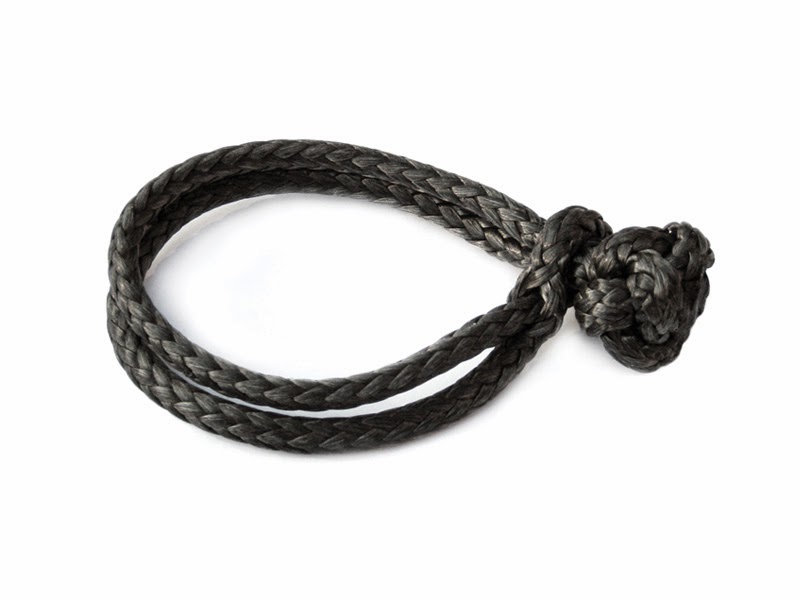 Not Difficult to make, just a diamond knot and a 12-strand splice, which has the nifty trait of sliding open and closed.


I learned of the old style strop from The New Glenans Sailing Manual over 20 years ago. There they were recommended as a means of attaching jib sheets on a dingy that was releasable and not likely to draw blood when changing a flogging sail. However, their method was simpler, taking only seconds to make, a minute if you're meticulous. The instructions, below, are for 1/8" line, but it will work in any size; I've made them up to 1/2" line, which will hold over 8,000 pounds  (the line is doubled). 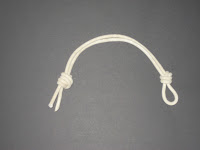 For frequent use the eye is easier to thread if the loop is spliced and thus the tail is only a single strand. Often I use only the cover or core of a line (single braid), as it is soft, super easy to splice, and generally free (throw-aways, from core or cover stripping). For example, my mainsail gaskets are spliced cover-only. 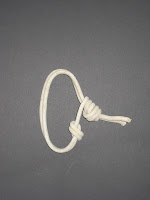 Notes: A double overhand works as well as on double braid as a diamond knot; it simpler and though smaller, presents a very sharp edge and thus is perhaps just as opening resistant as the latter which is more rounded. A turkshead works in 3-strand, where a tight double overhand is impossible. A single line works fine for longer stropes. Webbing is a mistake; depending on how the webbing lies, there may be no sharp edge on the knot. The loop can be spliced or seize, but that is just more complex; I use the bulk of the knot to advantage on tarps and awnings by tying the knots on either side of the grommet, keeping the strop captive and safe from loss. Strength loss in the knots is largely irrelevant, as the strope fails where the loop cuts the stopper knot.

Done. I've used them for 20 years to secure tarps and awnings on my boat. I've never had one shake loose. Larger per unit strength than Colloigo Marine-style soft shackles and considerably more bulky, they still come in handy due to shear ease and simplicity.

I've tested a number of these, in different materials, to failure; they never slip and always fail by the loop cutting the tail knot off, at about 160% of the single line strength... unless made of Spectra, whereupon the the stopper knot becomes undependable diamond knot more reliable. On single braid Amsteel a tuck splice is faster than a knot and thus we have the Kohlhoff type, which is easier to remove after loading.

To the right, a different style loop sewn from old 5/16 polyester.
Broke at line strength.


Some applications, some for Amsteel shackles, some for polyester stropes:

There are more modern solutions, but this remains a useful trick to keep in your toolbox. A gift from the golden age of sail. 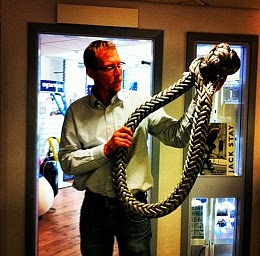 and this from a 1976 Sail Magazine article on tall ships (that was the year of the Bicentenical and the big get-together; Rememmber? 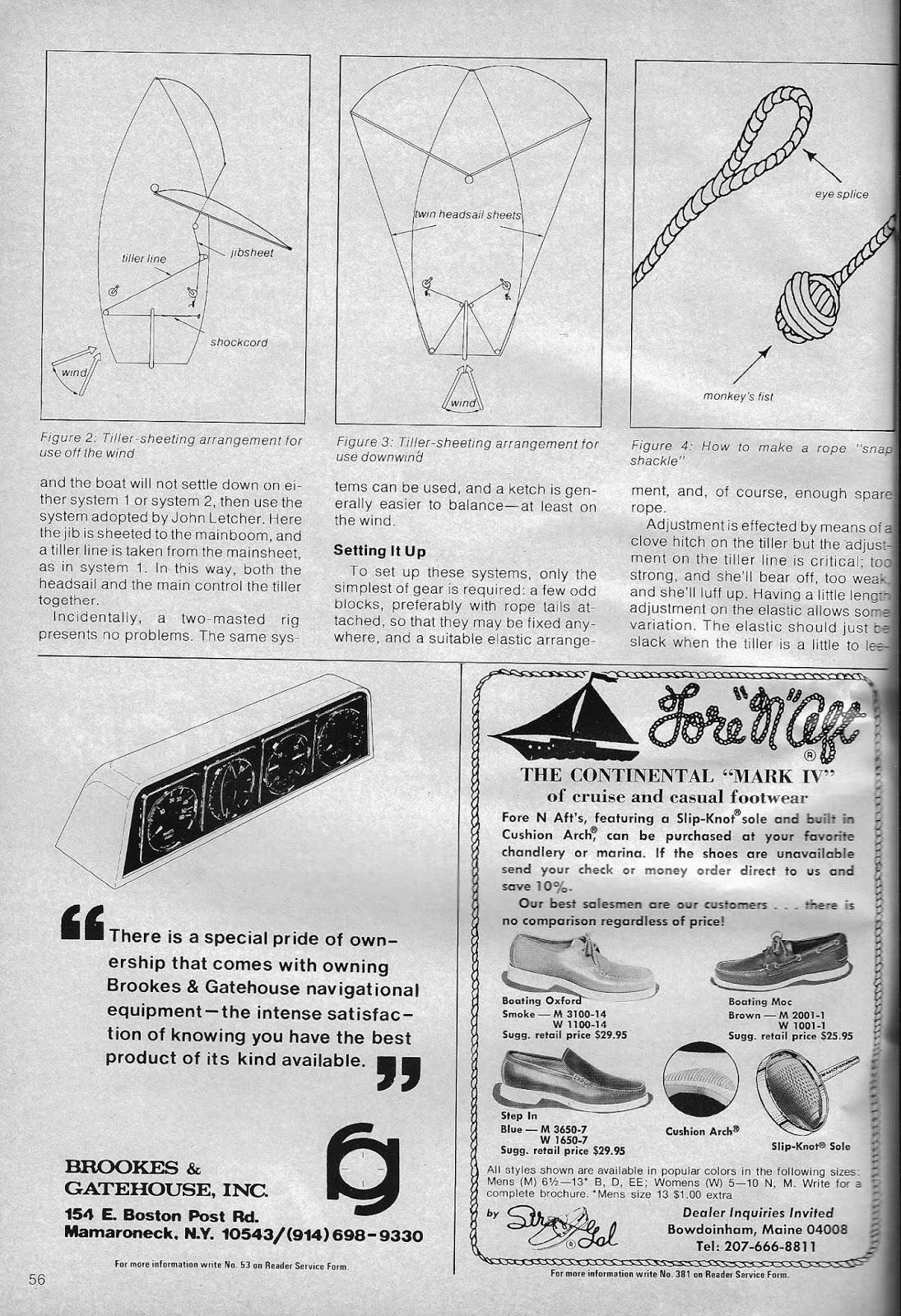