A Locking Carabiner... That Isn't

This the SECOND warning regarding Gibb-style hooks. The first warning related to with low side force strength.

I mentioned earlier that I had been testing carabiners as a result of the Clipper Race fatality. There is a long article in Practical Sailor that describes, among other things, how certain carabiners can fail as low as 275 pounds if loaded from the side or clipped improperly. It gets worse.


This was done with one hand, while the other held the camera. No special test gear.

It seems that the original Gibb patented hook has been modified over the years. No only is it weaker, it does not really lock.

And this isn't just about u-bolts. In this video we show what happens if the carabiner is on a jackline and is pressed against a cleat or similar object.

Did this contribute to the Clipper accident? In fact, I think it may be the primary mechanism. The carabiner was clipped to a jackline that ran beside a cleat. When forced to the side against the cleat, the gate opened and the carabiner hooked the webbing. The resultant nose-hooked condition is very weak (failure starts at 275 pounds) and it soon failed. 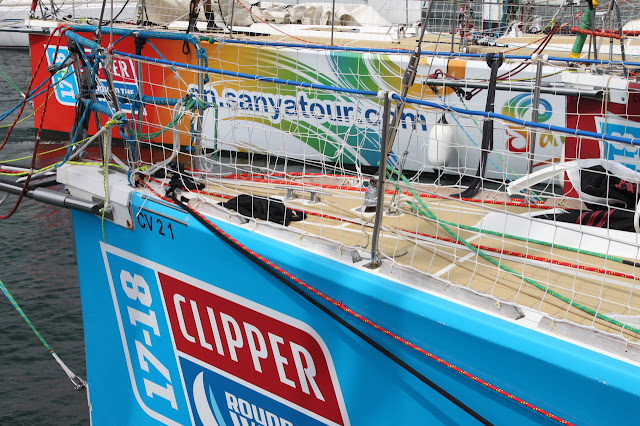 Notice the white jackline on the deck behind the mid-bow cleat. I believe the clip was pressed against the cleat and opened, resulting in a nosehooked condition, which is very weak (~ 300 pounds). This results in a carabiner tnat EXACTLY matches the failed hook. 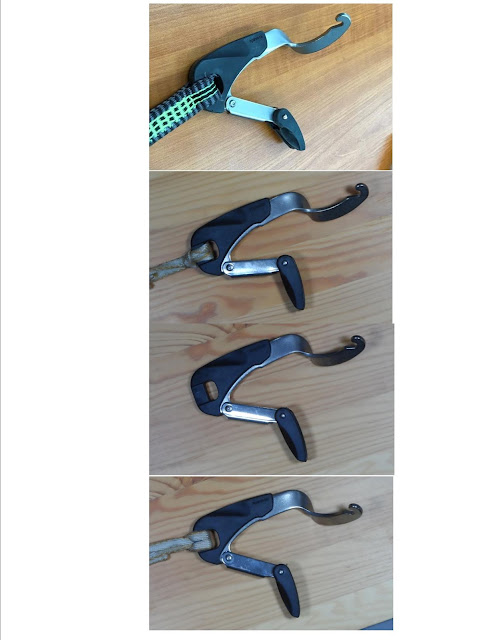 This shows a progression from 500 pounds through 1200 pounds, matching the final hook condition (Clipper hook, top).

So the Gibb-stle carabiners have not one, but FOUR fatal weaknesses:
I'd retire them if I was you. Obsolete and scary.In my opinion, the companies involved should issue a recall and are opening themselves up if they do not.